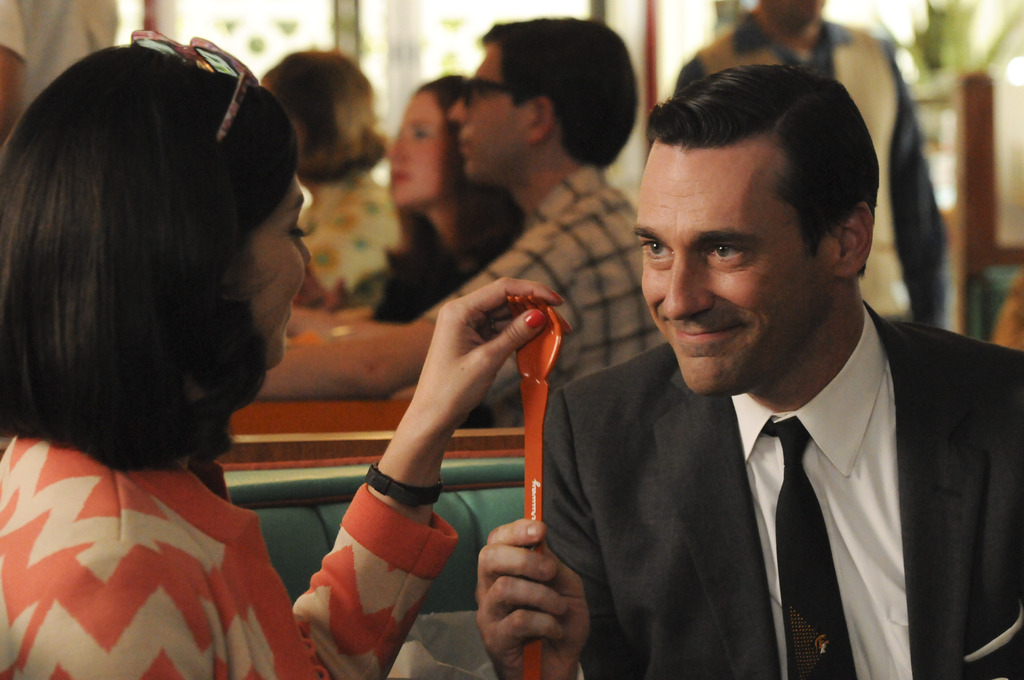 MAD MEN
Obviously, I’m back on board with Mad Men, though this week’s past episode was smoking crack—or at least was tripping on Lucy in the Sky with Diamonds. Between Peggy giving a HJ to a stranger in a theater, to Roger’s “trip” with Jane, to Don and his dearest’s fight, chase, and crash, I didn’t know where to look. I’m still trying to process it all. And, I miss Betty.

GIRLS
Lena Dunham (Tiny Furniture) is the creator of HBO’s Girls, “which is co-produced by Judd Apatow.” I hate that—that every article I’ve seen on the show includes the Apatow footnote way up in the opening paragraph, as if to legitimize the series, like giving accreditation to a three-week summer program. The girl can slouch just fine on her own.

I was in their Long Island City offices one afternoon while Lena polished the pilot script, and I was cheering (albeit silently) for her, thrilled truly that such a young woman had a tribe of people buzzing around, creating an entire series based on her vision and talent. Good for her. Not just because she’s young (25 yrs. old), not just because she’s a woman, but because even in Hollywood, where everyone wants to stir your pot, she was able to keep the authenticity and quirk of her voice and characters, the ones that sparkled dimly (in that desired understated way) in her independent feature film Tiny Furniture (winner at Austin’s SXSW—TX shout out). 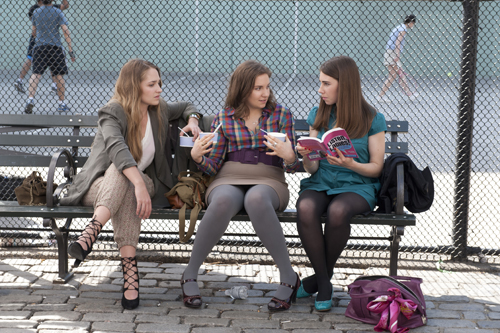 The show purposefully shines an unflattering fluorescent light on Dunham’s generation of privileged twenty-something’s, specifically, a circle jerk of all-white New Yorkers. Write what you know. I don’t believe Dunham is suggesting that the girls in the cast (herself included as the main character, Hannah) are a microcosm of her generation, but rather, she’s writing about the world she knows, just as Neil Simon wrote about his own particular life.There’s been a lot of backlash, particularly criticism on the narrow and spoiled view of it’s characters, but I believe Dunham knows exactly what she’s doing: she’s being self-deprecating.

While I was in their offices, a friend mentioned to me that the lines written to be funny, where Dunham pokes fun at her own character’s weight, weren’t funny because Lena looked too good. She wasn’t fat enough to make fun of her weight. She’s trying though. She’s putting the absurdity of privilege coupled with aimlessness and a sense of entitlement on display.

The only bit that didn’t “read” true to me was the scene where Hannah is taking a bath with her friend, leaning over the tub, EATING A CUPCAKE. Why, oh why, did she have to go there? Might as well have been a carton of ice cream. It’s cliché, so perhaps that bit was forced upon her in editing to make an executive happy. The bath, I don’t get, but it’s probably something she has experienced, plus it demonstrates that Hannah is at ease with her body, storybook tattoos and all. Overall, I love the unapologetic self-centered view, the frizz and the unflattering. It feels as if you’re looking in the mirror without makeup, “rough” after spending days of unshowered sloth in the same pajamas, eating cereal from a Pyrex measuring cup because it’s the only clean bowl you have left. That’s how Girls feels. And ironically, it’s refreshing.