The Truth Will Set You Free, Especially When You Binge It

Anne Shirley. If she’d been chunky, I would’ve identified with her all the more, but growing up, when that L.M. Montgomery’s book character came to life in the 1985 Canadian miniseries of Anne of Green Gables on PBS, I was afforded the ability to relate to someone on screen. An emboldened redhead myself, it was a treasure to see another restless ginger who wasn’t fond of her looks, who was always getting things wrong, who had to act “good,” pleasing, and ladylike in her struggle for acceptance when everything in her entire being drove her to act otherwise.

Last Wednesday I attended a day-long Netflix event of panels featuring the stars and creators of Netflix Original programs. I’ve waited to write about it because I wanted to sit with the experience and see which messages lingered. What resonated most was the central theme of truth. The overwhelming take-away: Seeing someone like you on TV can encourage you to own who you are, to feel less alone, to live truthfully.

MORE FLAVOR THAN A PACKAGE OF SKITTLES
Netflix stories are not just of straight white people, but of the truer world in which we live, a world with a rainbow of ethnicities, sexual orientations, and ages. In the “Strong Female Leads” panel, Orange Is The New Black star Danielle Brooks, “Taystee,” commented on Jenji Kohan’s (Creator) ability to trick the world into thinking the show centered around a white woman, knowing all along it was her gateway into telling all of these diverse stories.

Brookes continued to speak about the truth that cracks its way out when “The Formula” is fractured. “The Formula,” being the go-to, tried-and-true, TV Network executive way, unwilling to take risks. “‘We know what sells. We know how to make money. This formula works.’ But Netflix, they are showing you that there are other avenues, other stories that people want to know, hear, and see.” Now it’s a truer world; taste the rainbow.

SHE’S MORE THAN HER UGLY CRY
A strong female lead isn’t strong because she knows how to manipulate men or carry a gun. She’s not strong because she’s managed to master the work/life balance (which we all know is complete bullshine anyway). What makes a character strong is her ability to own who she is, flaws and all. What makes her strong is showing where she’s weak, where she contradicts herself, where she’s a mess, without making excuses for it and powdering it away with some wrap-up “lesson learned” at the end of an episode. She’s a beautiful mess. Man, am I strong.

FIRST COMES LOVE, THEN COMES THE MALE ANTI-HERO
Gillian Jacobs who plays “Mickey” on Love discussed the popularity of the male anti-hero, characters like Tony Soprano and Walter White, who are incredibly flawed, who make bad decisions and put others in jeopardy yet are wholly embraced by audiences. Whereas women leads are told they need to be likable. Jacobs gave a great example of how this inequality extends into the comedy world. While working on the show Community, Jacobs was given the direction to ‘stop making all those weird faces.’ “That was such an odd direction, and one you probably wouldn’t give to a man.”

WHERE IS THE FEMALE ANTI-HERO?
In the face of writing my third memoir about a time in my life when I was a judgmental bitch, the message of embracing an unlikable female lead really spoke to me. When the team of the upcoming Girlboss (releasing April 21, 2017) pitched their show to the networks, they were turned down. 0 for 4. “You can’t call it Girlboss, and you need to make it more for men,” said showrunner Kay Cannon in recounting their meetings with networks. Ultimately, they found a home for the show at Netflix, where a lead female character is allowed to be unlikable. Executive producer Charlize Theron summed it up beautifully:

“There’s always this worry with characters like this, and I’ve seen and heard this a million times in my career, where you hear that age old tale that people are not going to like her and people are going to find her too abrasive, and you have to make sure the audience likes her, likes her, likes her, likes her. And I wonder in my head, ‘How many times did Robert DeNiro hear that when he was doing Taxi Driver? How many times did Jack Nicholson hear that when he was doing The Shining?'” Bottom line, she says, [It is when] “We show women like that, in that very truthful manner, that I think people relate to story more.”

IT’S YOUR STORY, TELL IT—WITHOUT THE FORCED ACT BREAKS
The beauty of Netflix, where a series drops all at once vs. airing weekly, is that in the creation process, you don’t need to worry about act breaks, about forcing an unnatural scene just so audiences will stay tuned after the commercial break. And as an actor, your story doesn’t change based on audience feedback.

On a panel titled “Dare To Be Different”—a discussion around content that pushes boundaries outside the scope of the norm with stories not usually told—Orange Is The New Black star Uzo Aduba, “Crazy Eyes” commented on the freedom to perform honestly in this new all-at-once format. “You’re not really crafting it [your performance] to someone else’s opinion, and outside objectors’ thoughts. It’s just, what is the story I want to say? What is it I’m trying to express here? And, how best can I service the story?”

THE BREAKFAST CLUB WAS NOTHING
Want to hear more on the topic of telling a story honestly, in a way that feels real, almost too real? Watch the panel discussion on the forthcoming book-to-film adaptation of 13 Reasons Why:

As a Netflix #StreamTeam member...

In exchange for sharing 1 post each month about Netflix programming, I receive a subscription to Netflix. Though I often share more often because I overshare like it’s a sport. Opinions are all mine. 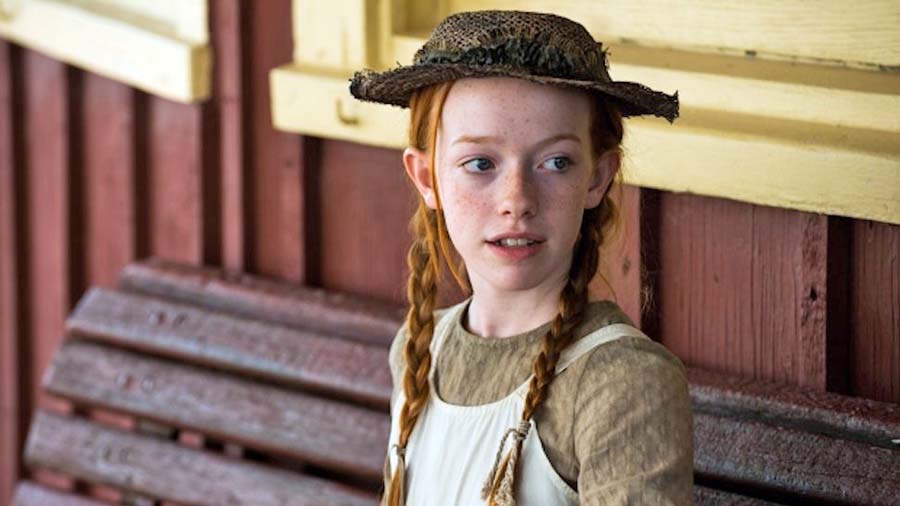