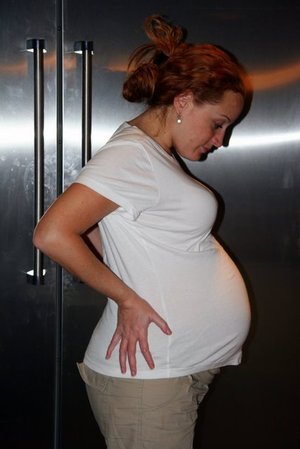 I have a word document on my desktop titled, "Thanksgiving."  It doesn’t list all the things for which I’m thankful, though maybe it should.  Maybe Thanksgiving is the time of year for resolutions.  When we give thanks, even listing the obvious players to whom we’re thankful, our lives suddenly seem richer.  We focus on the positive.  So my project, in the next coming days before Thanksgiving is to simply ask people, "Are you happy?"  The trick is, it can’t just be friends.  I’m going to ask strangers.  The checkout girl at the grocery store.  The Starbucks barista.  Maybe a nurse at the doctor’s office, though that seems a little invasive.  That’s the strangest bit.  I’ll let these people weigh me, draw blood from me, stand beside the doctor as he checks my cervix, yet I think it’s too invasive asking if they’re happy.  It’s such a personal question, too.  And I think it will be interesting to see not only how people react to it, but to see how I’ll react, what I’ll learn about myself.  It’s harder to ask the strangers we know we’ll see again because it’s initiating a certain level of intimacy, and they might just ask themselves, "who the hell is this girl, asking me this?"  But I don’t care.  I also won’t settle for a one word answer.  I think if you linger long enough and keep eye contact, people will give you more.  I think most of us like sharing our lives; it just takes some of us a while to open up.

As for the document on my desktop, it’s an instruction sheet for Thanksgiving.  This time last year, the night before Thanksgiving, Phil proposed marriage to me on bended knee.  Now it’s our first Thanksgiving, away from "home," here in our new one, with new friends.  We’ll be having his weather man friend stop by (the only person we knew in Austin before moving here), a reader friend of mine Jennifer whom I first met at my BookPeople reading, our new yet dear friends Wendy (also pregnant) and Wyc with their young daughter Harper, and their friend who’s traveling in from Houston–correction!  In from Charleston, SC to be with them, and of course, my loudmouthed sister.  That makes 9 of us.  I love this kind of Thanksgiving, where there’s no family drama, and it’s young and fun, no have-to’s.  Aside from the candied sweet potatoes.  Those are always a have-to.

So far, here’s what I’ve decided to make:
Turkey is not on this list only because I’ve ordered a fresh (not frozen) free-range natural, hormone free, blah blah 12-16 lb. bird from Central Market.  We bought a vat for deep-frying the sucker in our backyard.  This is Phil’s domain.  Though I did TiVo Alton Brown’s special on frying turkeys.  I was going to make Paula’s Country Fried Corn, but then decided the better of it.  It’s just too much food and starch and animal fat.  So here’s my to-do list, aside from asking strangers if they’re happy in life:

SPICED PUMPKIN SOUP I totally made this for my neighbor and doubled the recipe, freezing the rest.  It’s made with coconut milk and fresh banana.  I plan to serve this in demi cups, with a swirl of fresh cream and a sprinkle of fresh cinnamon with darling little spoons.

CANDIED SWEET POTATOES dotted with butter, seasoned with fresh nutmeg, cinnamon, orange zest, bourbon, and orange juice.  A touch of almond extract.  If executed well, these will taste like dessert.

SOUR CREAM-HORSERADISH MASHED POTATOES WITH CHIVES because I can never serve anything plain.

BAKED MACARONI & CHEESE because Phil doesn’t like sweet potatoes or mashed potatoes.  He doesn’t like pumpkin pie or turkey, either.  It’s why we got him a honey-baked ham.  Who doesn’t like mashed potatoes?  I like my mac ‘n’ cheese drippy and wet, but Phil likes it like a dense piece of pie, insisting I use a can of cream of mushroom soup somewhere in the recipe.  There are some things I will do for love.  I will bake this bundle of love, but there will be no soup mix involved, thank you.  There will be Gruyere and sharp cheddar, panko breadcrumbs for the top.  Maybe, I’ll think about adding the soup, but it scares me.

STEAMED HARICOTS VERTS because something has to be steamed.  I thought about adding brown lemon butter, but really, what’s the point?  Or shitake mushrooms and white truffle oil.  I can eat a plate of these steamed and be perfectly content, so why add even more richness?

STEPHANIE’S WILD RICE CRANBERRY DRESSING because I don’t want to fight over the term "stuffing" or "dressing" and because I like variety.

Now the question is, what are we missing?  I considered making a salad, but no one ever eats it.  I feel like I need starch-less veggies, not acorn squash or pumpkin puree.  Should I do glazed carrots or buttered brussel sprouts (though usually I prefer to do brussel sprouts with bacon and maple syrup).  I love consumption.  And I am happy.

Spiced Pumkin Soup, though I didn’t use corriander or add cilantro because some people hate it.

In a large bowl, mix together the pineapple, cranberry sauce, walnuts and strawberries. Mix in orange zest.  Cover and chill overnight before serving in glass serving bowl.  The truth is, you can’t screw this up.  Just drain out the juice, or it will be too watery.  And if you want more mandarin oranges in it, just add them.  Everyone, EVERYONE, loves this, and it’s so damn easy.  The shaved apple idea comes from my father’s wife, Carol.  She uses McIntosh.  I’ll use HoneyCrisp apples.

1. In a BIG ASS bowl, add both bags of stuffing or bread mixtures.
2. Melt 4 tbl. butter in pan, add sausage, cook until it loses most of its pink color.  Add fat and broken up sausage to stuffing mix bowl.
3. Chop the onions, celery, water chestnuts (coarse chop), toasted pine nuts or walnuts, & parsley and add to pan with butter, cook until onions are soft.  Then combine with the stuffing mixes in the BIG ASS bowl. Toss with hands.
4. Add sage, rosemary, thyme, pepper & toss again.
5. Break eggs into a smaller bowl. Whisk to mix until uniformly yellow.
6. Add 2 cups of chicken broth to eggs & mix.
7. Melt 2 ounces of butter & mix into eggs & broth (do not melt butter too hot or it’ll cook eggs).
8. Pour eggs & butter broth into BIG bowl of stuffing mix & gently mix with your hands (No Smushing, just lightly, lightly fluffing).
9. Add enough additional broth to get an evenly moistened (not drippy or gloppy) mix.
10. Place in lasagne pans (goal – no more than 2 inches thick in pan).
11. Melt remaining 2 ounces of butter & mix with an additional cup of broth. Drizzle over pan of stuffing. Cover pan with tight-fitting aluminum foil & bake at 325 degrees for 25 minutes covered & 15 minutes uncovered for a nice crust – adding more broth along the way to prevent drying out (but do not want mush either).  Serve in enormous silver bowl, warmed.

Autumn is a Ginger baking meatballs with a vegetar