We are officially moving July 6. The trucks arrive THIS WEEKEND. We are not taking the kids’ bedding, so I need Florida replacements. No, wait. That sounds negative. What we need, they need, is to arrive at their new, shared, living quarters with the bedroom made up purdy and organized. I need to get on this, stat. At one point, I hit up Target and purchased an onslaught of Shabby Chic bedding, which when all was said and done and I was left to live with it for a few days, I decided it was Shabby Weak. Returned. So, help a girl and her interior design loves out.

Lucas, by the way, is in LOVE with his American flag pillow, sleeps with it every night and is concerned, insistent, that said throw pillow is coming with us. It is. Each night the loves sing with me: Fifty Nifty United States. So, they’re learning the 50 states in alphabetical order, and as we learn a new state each night, I pull up a map, then some tourism videos on the state. Just a bit of bedding background if you will… plus, you know I’m a preppy/ nautical junkie. So, there’s that. As for Phil, he’d rather not be bothered. YAY!

Also, I’m not suggesting white for a duvet. In fact, likely there will be no duvet and just the quilt and sheets, as it’s balls to the inner thigh hot. So where you see a white throw or duvet, it’s really a stand in for “nothing belongs here.” Help! 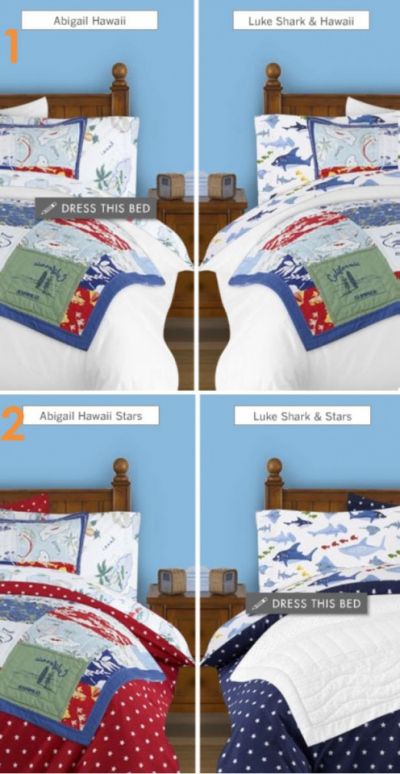 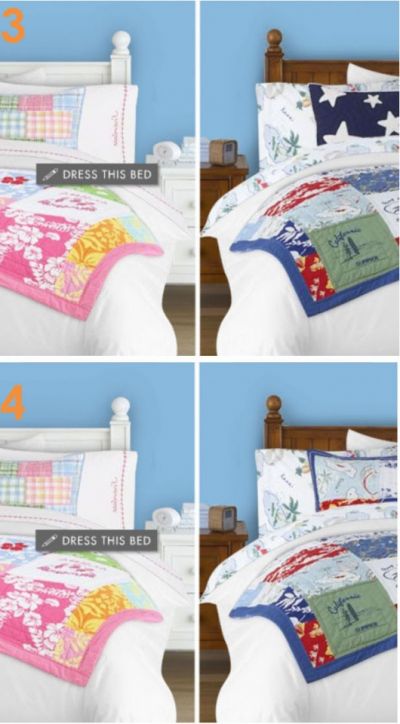 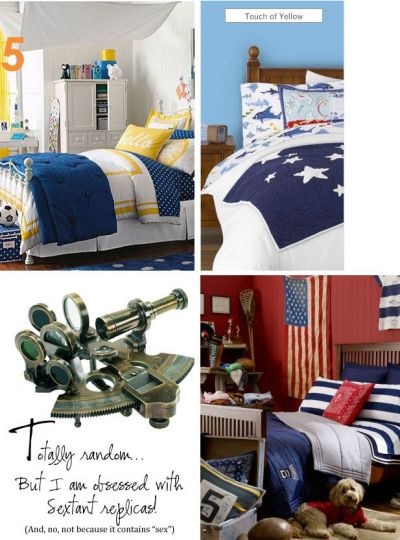 The walls in the room are PALE BLUE not RED