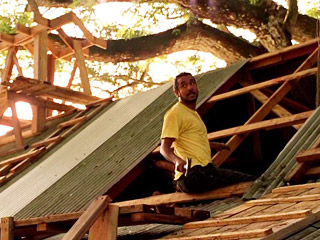 A young Sayid being forced to kill, learning about the circle of life. I bet that friend who just walked up and killed the chicken is Sayid, not the other timid child. This reminds me of the episode with Mr. Echo and his brother, when forced to kill.

And now we’re in "present" time, with Sayid in jail and a ten-year-old Benjamin Linus (a la Harry Potter) smuggling Sayid a sandwich and a book. A Separate Reality: Further Conversations with Don Juan. Ben’s read it twice. "They can see, but can’t hear," he says of the cameras from Sayid’s jail cell. Why do I feel like this means something more than it does? Hmm, perhaps because the book is about the struggle to "see and know beyond the vision of ordinary men."

Moscow: cue the suspense music and fumbling with locks. Ah, and a safe. And Sayid killing again, with a silencer. Then Ben in a fedora, tipped to an angle. "What do I do now?" Sayid asks Ben.
"All those people that posed a threat to the people you love, in Widmore’s organization are dead, Sayid. Now you’re free…"

Oh, the irony. "Now you’re free." Then we jump back to the island, circa 1970-something where Sayid is being treated the way he’s always treated others. Questions, circumstances, threats. All flipped on him. Remind you of any moments from season 2? When, for instance, Ben was captured in one of Danielle Roussou’s traps, then among the survivors of the Oceanic, all referring to him as "them" and "other."

Santo Domingo: How did you find me?, Sayid wants to know as Ben shows up, trying to convince him to return to the island. "I looked." That’s the thing about the writing on LOST when it comes to Ben. His answers are always direct and obvious, even when they’re lies.
"I’m not what you think I am. I don’t enjoy killing."

Okay, okay, we get it. So the episode is all about karma. What goes around and all that. How cyclical life is. How doctors become patients and "torture specialists" get served helpings of LSD, handcuffed to trees, pinned up like Christ. We understand. Please don’t let the rest of this episode be a mirror of what we’ve already seen of other characters. It’s boring. And seeing Sawyer as "the good guy" the "ratational one"… WE GET IT. We really do. I’ve never felt this way before, but this episode feels like it was dumbed down for the audience. We were always one step ahead, which we don’t like when it comes to this show. We want to be confused.

"The Others" take a vote and decide that killing Sayid is their next move. Surely, Razinski (the name of one of the others, they keep repeating it) means something. But I will note this: in the 70’s I don’t think people said "blah blah blah" the way he does.

Sayid tells Sawyer he doesn’t need take his keys and hit him. He doesn’t need to escape because now he knows his purpose. He knows why he’s there…. let me guess: to kill Benjamin Linus.

Sawyer’s checking out Kate’s door, unable to resist the tempatation. Sensing a theme here. Actually, being bludgeoned in the head by the theme: temptation. Bribes, going back to what we know, falling back on the familiar even if it’s not right for us. Expensive scotch, money from safes, and the killer next door’s front stoop. Freckles.

A van’s on fire. Little Ben arrives in a hooded cape… to save Sayid, hoping he’ll rescue him right back, taking him to his people.

Jin in a van with a walkie, pulls up on Sayid and Ben. Only three minutes left. Awesome. Sayid shoots Ben through the chest. And all I can really think is, "big deal." According to Creepy Whispering Farraday, "what happened happened. We can’t change it." The Island isn’t done with Ben Linus any more than it’s done with the poultry killer Sayid. 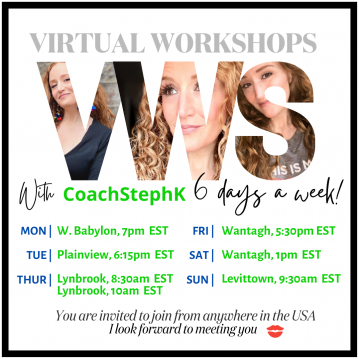