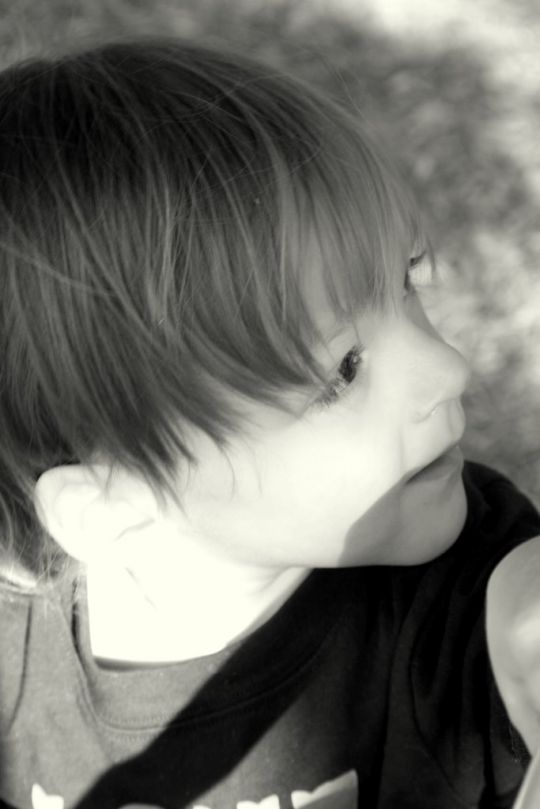 Today was their first day of "school." We decided they need more socialization, so we’ve enrolled Lucas and Abigail in "developmental mornings," which basically translates to "let’s swap germs!" Two days a week they’ll spend their mornings, and early afternoons, away from Mama, Poppa, and Norma, so they can learn to nap elsewhere. With access to a full gymnastics facility, L&A had best step up their rings routine, or at the very least improve their dismount techniques. I love that there is an entire floor made of springs. It’s basically a trampoline off which it’s impossible to fall. When they aren’t at the gym, they’re at the outside playground or in sign language class. Awesome.

Not so awesome: waking up today after a night of drinking. I’m throwing up a little in my mouth and the room is spinning. I think I blew my nose on the fitted sheet beneath my pillow. It’s morning, and I have major food remorse. At one point in the wee A.M. hours the ladies and I found our way (mind you after consuming a full on dinner) to Katz’s Deli where we ordered and devoured the following:

"You have to wake up," Phil says.
"No, I really don’t."
"It’s their first day at school. You told the administration that they’d start today."
"So, I’ll untell them."
"You’re not being responsible."
"So what? Who’s going to know? They’ll just start next week instead."
"No, I’m not your parent. I don’t want to be having this conversation."
"That makes two of us." My head is buried under a second pillow to parry the light.
"Come on. They’re not going to miss school just because you feel sick."
"I promise you I won’t miss it either–not even a little bit. Bye, now."
"Stephanie."
"What-ie?"
"Get up."
"I hate you."

After an unproductive stare down with the bowl, I found my way into a clean pair of pants, a questionably clean shirt, and even managed a bra. Party.

I handed the car keys to Norma and licked the babies a little. Off to school, with my eyes closed. But when we arrived, I put on my game face. My Mama face. I smiled and kissed and stayed until Abigail warmed up to the room. Lucas shot off, my smiling flirt of a boy, saying "Hi," then waving, then smiling again to each staff member and each child in the room. In contrast, as soon as Little Miss’s feet touched the playroom floor, she grabbed hold of my legs, burying her head in my stance as if she were the one with the hangover. And I loved it. I love their firsts, the coaxing, the letting go. I love encouraging them and making them feel safe enough to let go.

Other children were crying with the good morning goodbyes. Abigail wasn’t crying. She stood, frozen, absorbing. Too scared or fascinated to do anything about it. I stayed long enough to entice her with a doll and a mock-bottle. She fed her baby, and without saying the word "goodbye," I let her know that I’d see her soon. I watched for a while through the small window in the door, and I wondered when in the day she’d realize that I was really gone.