the perfect man for me

• I love the way he tells a story
• Not commitment-phobic
• Nurturing, sensitive and gentle
• Well educated / intellectually stimulating
• Funny/witty smart humor (not at the expense of others’ feelings)
• Hearty seexual appetite, but not so much so that he is willing to stray
• Successful and driven yet will always put family first: Family oriented but not to a fault… realizes that “our” family comes before either of our own families. Not a mamma’s boy.
• Non-yeller, should know how to fight fair… not call me names or bring up insecurities.
• He has stones and knows how to throw them.
• He’ll know to show up in the middle of the night if we’re fighting on the phone. He wouldn’t want us to spend any holidays apart.
• He doesn’t smoke, ever.
• He’ll show up just because. He won’t worry about pride. He’ll want to be with me. Period.
• I shouldn’t wonder and question what he thinks or feels: open communicator… A man who knows how to tell me things I don’t want to hear. Should be a man who doesn’t tiptoe around when he’s afraid to say something. He should say, “fcuk what anyone else thinks…this is my woman.” Someone who adores me, thinks of me all the time, and doesn’t show his love with words alone but with actions, too.
• Should love me just a smidge more: He must gush over me. I need to know that he adores me, thinks I’m a goddess, and that he would do anything in his power to ensure my happiness. He must put "the unit" first.
• He should call. He should know when to call. He shouldn’t make me anxious, and he should know how to relieve it…but only if he means it. Shouldn’t do it just to make me feel better temporarily. I shouldn’t feel jealous or insecure, because I should feel it deep within my bones during those times, that he would never ever ruin us.
• It should be friendship, not games. If he isn’t flooding me with love and showering me with affection, I should still enjoy his company. He should genuinely make me laugh out loud, since I don’t do that often. I should feel a deep sense of connectivity.
• We’ll have fights; he’ll understand my drama. We’ll continue on, us against the world. But always an us, a team of two.
• Picks me up for dates, plans things for us to do, makes reservations.
• Likes watching movies, eating, and drinking wine.
• Likes Linus.
• He’s introspective and not afraid of changing what he wants to.
• He’s a whole person, who has things to teach me.

I know I probably can’t have everything; there’s a bit about compromise. I also know sometimes what we think we want isn’t really what we want deep down. I have a strong sense he’ll be creative, not necessarily for a living, and he’ll have energy.  He’ll teach me things and ADD to the relationship.

Never doubt your instincts, but be aware of familiarity breeding unhealthy dependencies. 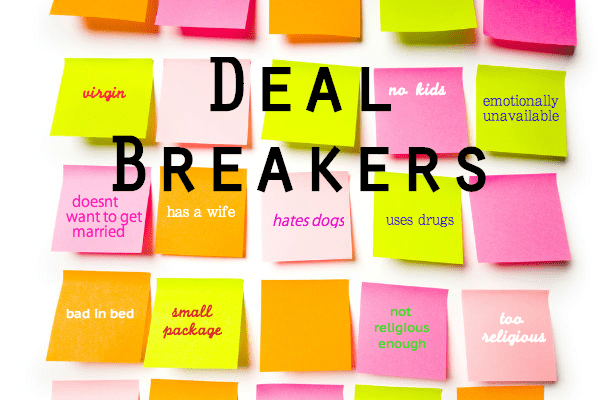 There are currently no comments. Why don't you kick things off?